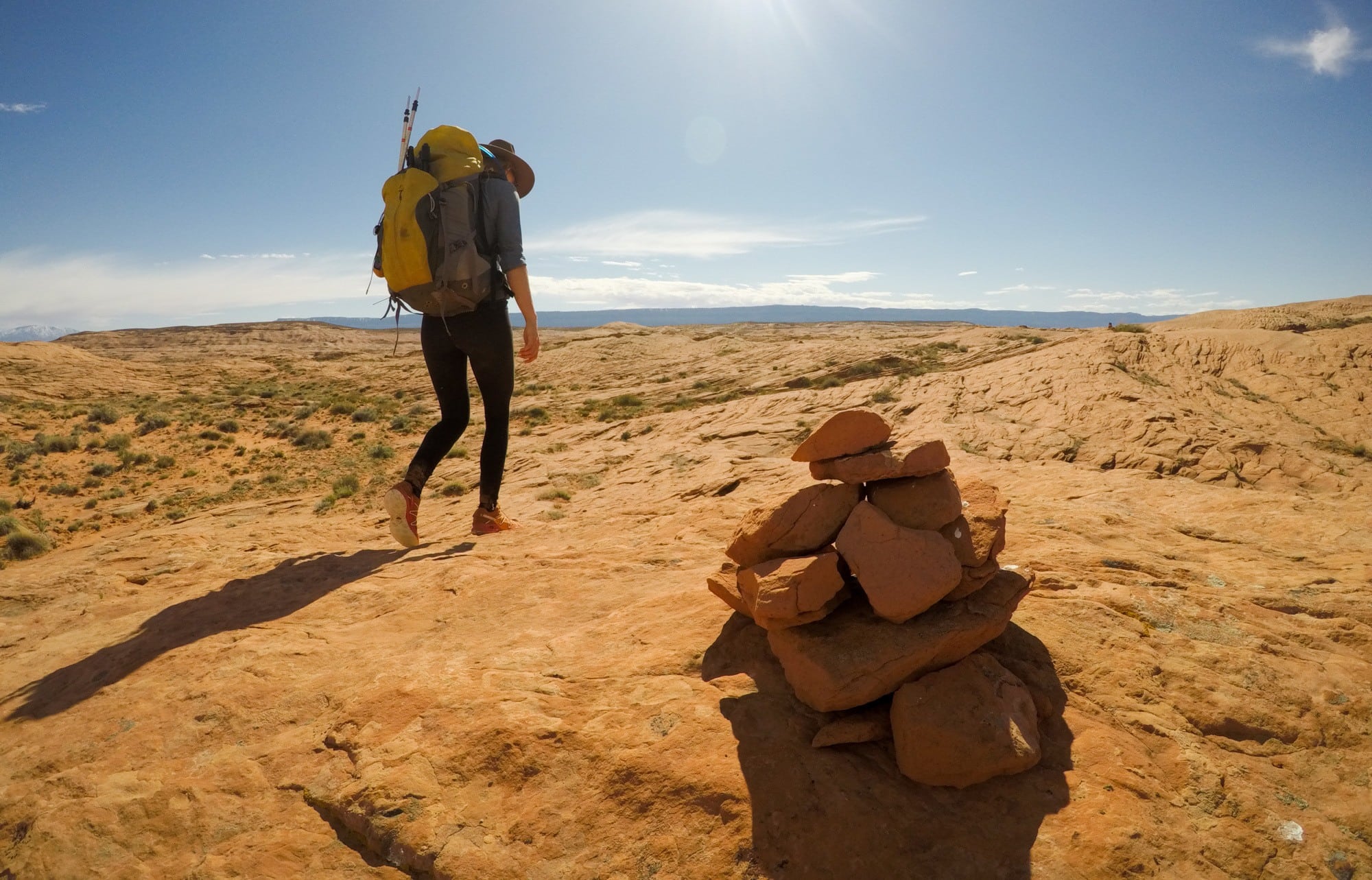 What are rock cairns? Generally, rock cairns are a way of marking the right way on not-so-well-defined trail. Lately, I’ve been noticing more and more rock cairns in places they shouldn’t be. It might not be obvious why this is a big deal, so we wanted to put together a post that shares more information on the purpose of rock cairns, their history, and why we should avoid building them for fun in the backcountry.

Cairns in the simplest form are stacked rocks with a meaning or purpose. For outdoor adventure junkies, the purpose is generally navigational, as they mark the route of a trail.

Trail markers differ depending on the territory you are in. The Appalachian Trail is famous for it’s “white blazes” that mark the route through 14 states. If you head farther North to Acadia National Park in Maine, you’ll find stacked rocks, known as “cairns” marking most paths. Venturing towards the West Coast and towards the southern United States you’ll come to find even more routes marked with cairns.

Who had this crazy idea to use rocks to mark the path? It isn’t a new idea at all. Sailors often used stone mounds before lighthouses to support navigation. Stone piles were and are still very common for route-marking in the Andes mountain range, the Tibetan plateau, and Mongolia. Many of the mounds that stand today in these mountains are ancient and historical.

Cairns, in history and today, have also been used for non-navigational reasons. They have been built as burial monuments, for defense, for ceremonial purposes, or to hide a food cache. Similar in look to rock cairns is the new modern art and hobby of “rock balancing,” where people create abstract towers with rocks. 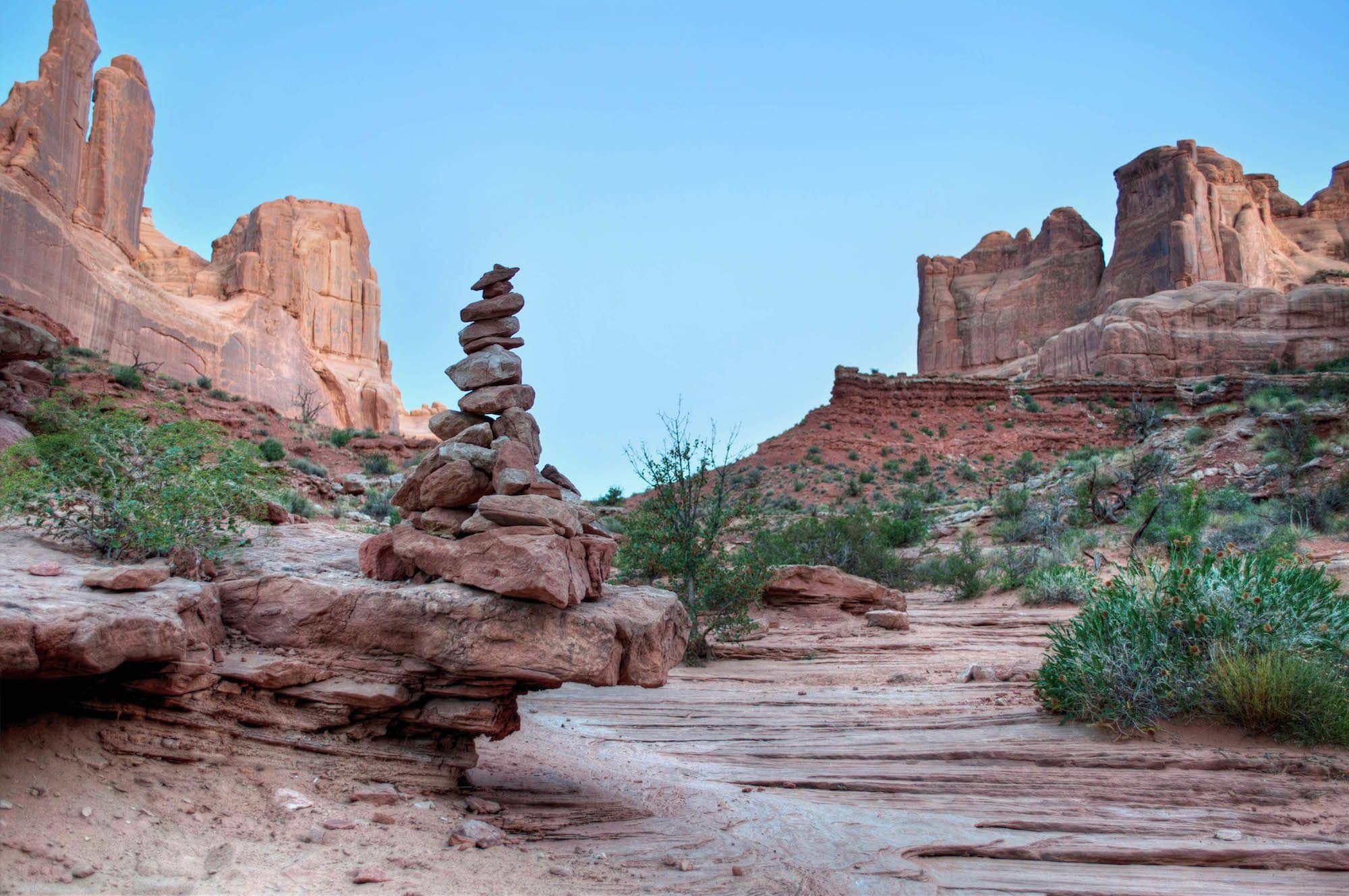 What Rock Cairns Are & Aren’t 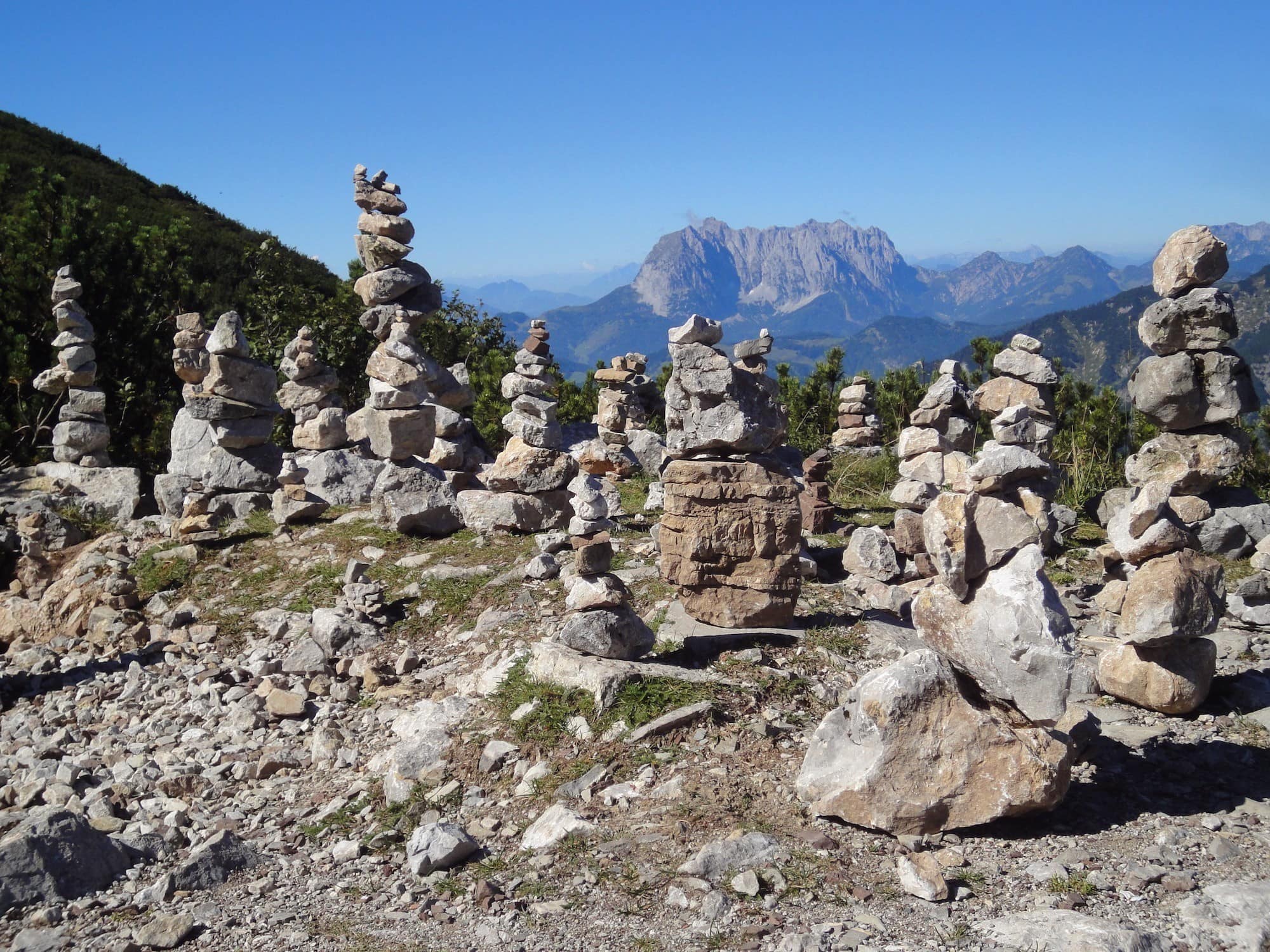 Decorative rock cairns can take away from the natural beauty of an area and disregard Leave No Trace principles.

Who Should Build Rock Cairns

Generally, rock cairns along trails and in the backcountry should only be made by park rangers, trail maintenance volunteers, or trail creators. Unless you are one of these people, you should avoid building rock cairns for fun in places where they could be confused as trail markers. Doing so could send hikers in the wrong direction by misrepresenting the trail.

Leave No Trace principles aren’t just about trash on the trail. Leave No Trace means leave no sign that you traveled through the area. That’s zero impact. When you move rocks to create decorative cairns you are altering nature for the next visitor and leaving a reminder that you were there.

It should also be noted that moving rocks in National Parks could be considered illegal since it disrupts the natural state of the ecosystem. While enforcement of this law is rare, keep in mind that our National Parks receive over 320 million visits a year (in 2019). Imagine if every visitor built their own rock cairn. Our parks would be completely covered, taking away from the natural beauty of the landscape. In Acadia National Park, rock cairns have been used historically for navigation. Today, rangers are struggling with visitors building their own aesthetic cairns and knocking down accurate trail routing cairns. This is a serious problem for those who depend on real rock cairns for navigation or to mark safe stream crossings. 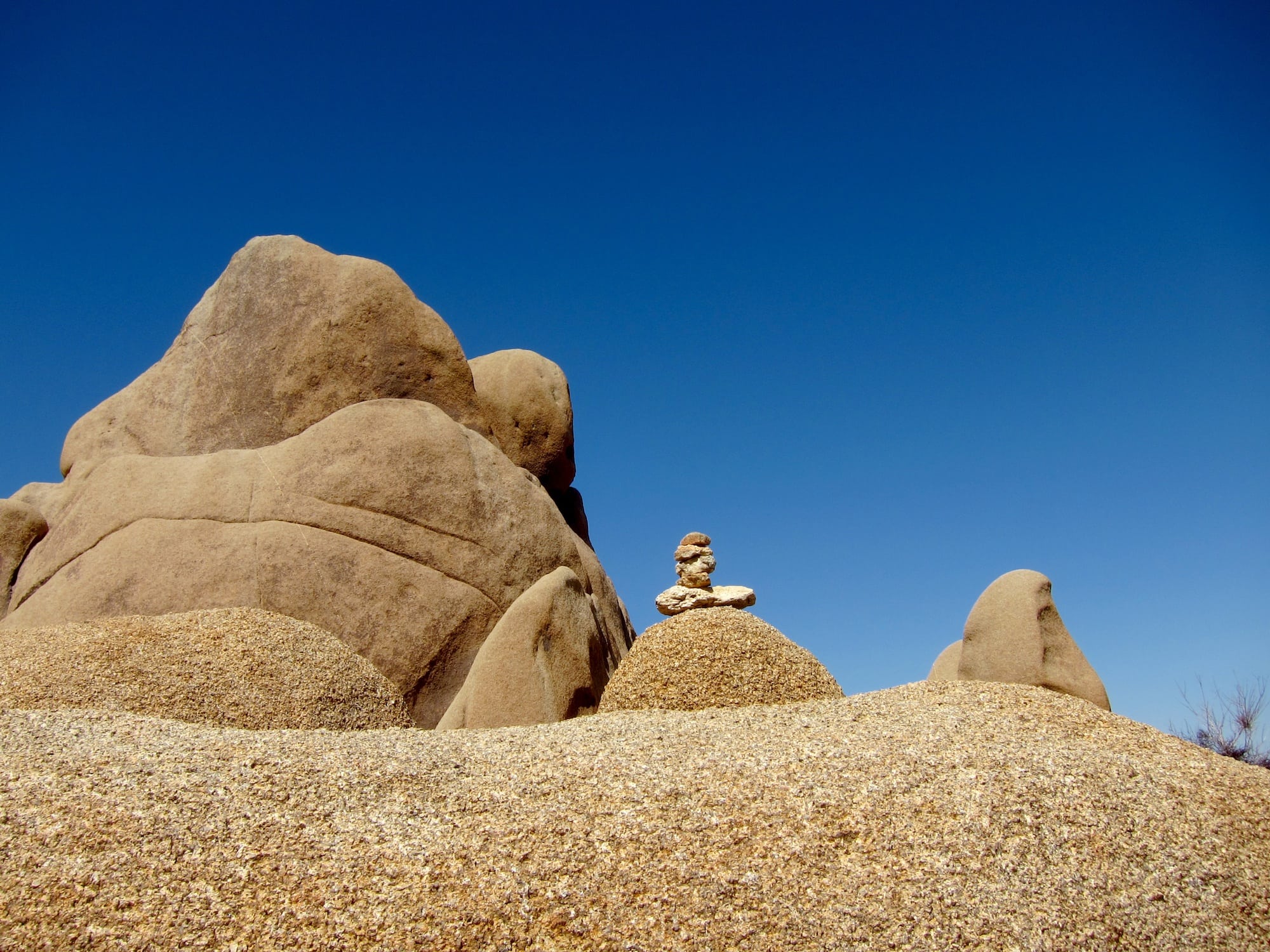 We hope this post helps clarify the purpose of rock cairns and emphasizes their importance for navigation.

Where have you used rock cairns for route finding? Leave a comment below. 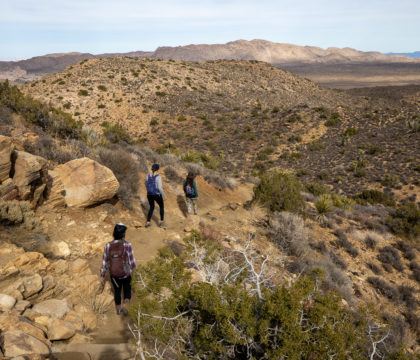 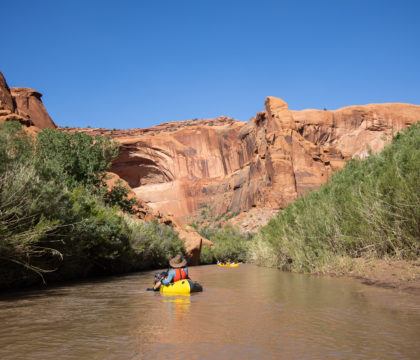 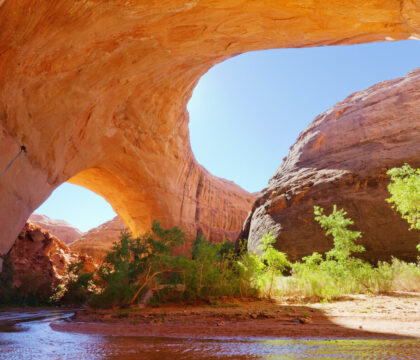 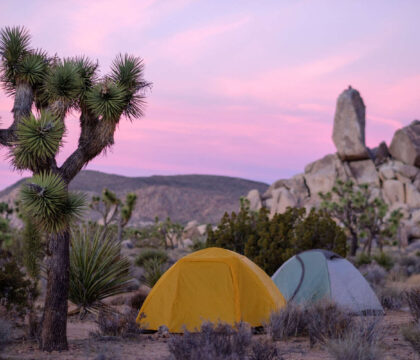 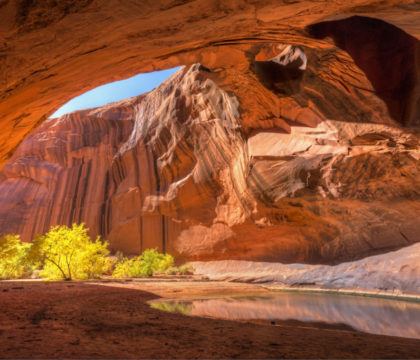